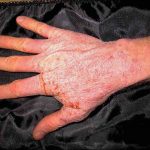 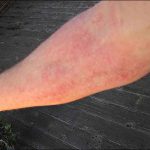 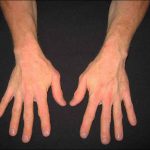 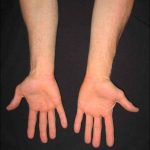 Serendipitously a friend recommended that I go to Keyvan\’s yoga class instead of the aerobics and weight training classes I had been taking. I phoned Keyvan, and he told me how his yoga class was structured incorporating yoga breathing techniques, exercises, and meditation. It seemed like the kind of thing I could do and I discovered that I could. He is an incredibly sensitive teacher who is supportive of each student no matter where he or she is in their ability to assume the various postures. I felt very comfortable.

I have been working with Keyvan for the past year. When I met him I was on medicine for high blood pressure, cholesterol, and asthma. I was prediabetic and substantially overweight with fat concentrated around my stomach. I had what is called Metabolic syndrome. I had been trying to loose weight, but could not keep whatever weight I lost off. Bloating was a constant problem. I slept poorly often getting up two or more times per night to urinate. Other times I could not go back to sleep once I woke up.

I began taking private yoga classes from Keyvan Golestaneh in Chicago in 1993. To my surprise, after only a couple of sessions, I experienced intense feelings of sadness and anger. I started crying during a session, and I had no idea why! But that incident was the best thing that could have happened to me. Keyvan wasn’t surprised and he didn’t judge me—he matter-of-factly embraced what was happening, and began encouraging me to look inward and discover myself. This was the beginning of my work with Keyvan, a healer and practitioner of natural medicine.

When I trusted Keyvan and followed his guidance, he mysteriously and gently led me to where I needed to go, all the while pointing to my inner wisdom. For the first time in my life, I began to get to know myself in a completely different way. After a few months of this process, I already had several glimpses of what it felt like to be truly happy and at peace, which was what I had always wanted. I experienced what I came to know as my true Higher Self as distinguished from the complexities of my lower emotions and inner confusion. These experiences inspired me to continue on even when things were difficult, as they would be as I discovered many uncomfortable things in the years to come. Throughout those years Keyvan helped me with physical health problems, emotional and psychological issues, and relationships. Through him I’ve learned to care for my body and soul.

Keyvan is trained and certified in ancient natural systems of medicine such as Chinese medicine, acupuncture, and acupressure, and in various forms of bodywork and body therapy, including Structural Integration. He also does laying-on-of-hands, which has proven most effective. I’ve seen first-hand that energy work can affect my physical body in real ways! I’ve found that Keyvan integrates these approaches in a seamless manner, helping me in every aspect of my health and life. He also taught me how to find the right diet for myself. We’ve been able to alleviate allergies, digestive problems, insomnia, back pain, phantom pains, neck and jaw tension, other chronic health issues and long-term problems I didn’t even know I could change. I’ve become more comfortable with touch, and have released chronic bodily pain, discomfort, and phobias. I now feel increased vitality, energy, and strength in my body, a deeper capacity for intimacy, and more emotional equilibrium.

Keyvan not only works on the physical plane but the energetic, psychic, and spiritual level. He lives from a place of higher perspective and compassion, guiding me to accept myself completely yet not identify with any of my emotional reactions and lower emotions, which had often sabotaged my life in the past. This idea and experience of living from the place of the Self was completely new to me.

Keyvan has helped me overcome difficult karmic patterns that I would surely have succumbed to without intervention. From a place of self-acceptance and love I’ve been able to change long-held self-destructive beliefs and behaviors. I now see how my actions can directly affect my physical existence. I trust Keyvan as not only a therapist, but as a teacher, mentor, and healer who knows how to guide me through my inner landscape and trials in life. Now my life is more whole and congruent, and I feel a connection between my body-mind and spirit. Although Keyvan does not advertise himself (intentionally so) as a psychic or a shaman, he works as one, and demonstrates these skills in his work with others and me in a ways that transcend clichés, stereotypes, and cultures. He spontaneously uses his psychic gifts to know where I need to go and the best way to get me there. In the 17 years I’ve worked with him, he has never steered me wrong and most of his predictions have come to pass. Keyvan is wise, humorous, disciplined, and patient. I recommend him to everyone looking to resolve health and life problems—but also to anyone who wants to find the vitality and happiness that comes from self-understanding and self-acceptance, and who desires to live from a place of Self-Presence.