What is Natural and Holistic Medicine? 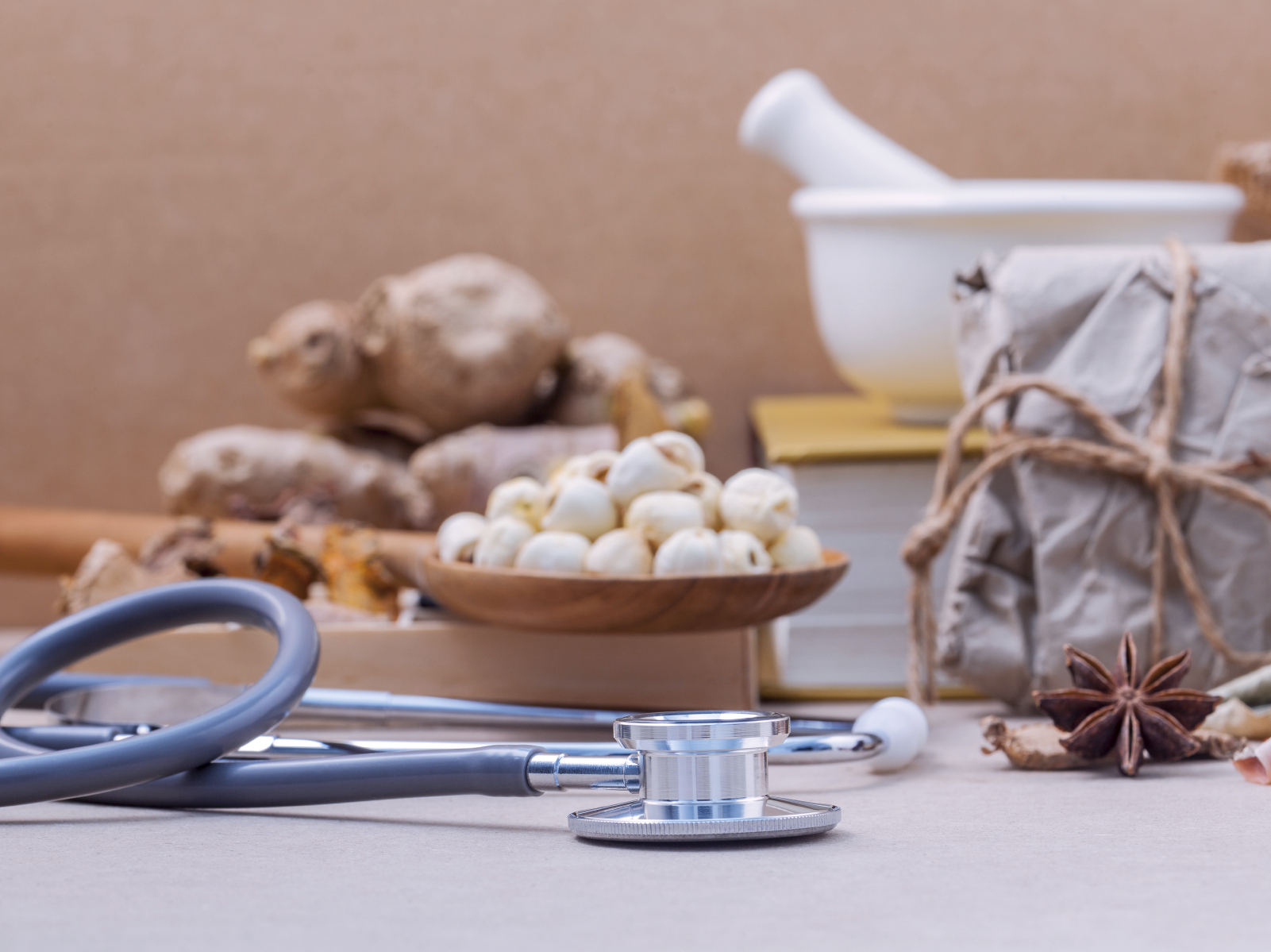 Natural medicine has a very long history and does not represent one unified discipline or modality. The most developed traditions, Chinese medicine (which includes acupuncture) and Ayurveda from India, go back thousands of years. Naturopathic medicine is a Western system that is over 100 years old, and homeopathy was developed in the late 1700s. These are highly developed medical systems that differ from natural folk remedies because they’re based on a coherent theory and system of diagnosis and treatment. Unfortunately these traditional approaches have been overshadowed by the development of modern Western medicine or biomedicine, and technology-based medicine. This is one reason natural medicine is often called alternative or complementary medicine and is not as well known in Western countries. However, since the 1970s, it has been steadily growing in popularity.

In simple terms, we can define natural medicine as the use of natural means to treat and prevent illness. It includes a broad range of modalities and methods, ranging from manual manipulation (bodywork, massage, and chiropractic adjustments), diet, nutrition and herbal-botanical remedies to more subtle techniques like acupuncture and acupressure. We can also include exercise (like yoga, Qi Gong and aerobics), as well as mental or consciousness-altering practices like meditation. Because the body and mind are not separate, psychotherapy and somatic therapies can also play an important part in this approach. Stress, which is one of the major causes of health and life problems, is often emotionally based, and some forms of psychotherapy are very helpful in getting to the root causes. These modalities can be used individually or in conjunction with each other. Since every person’s system and condition is unique, it’s necessary to determine which approach or combination will be most effective. Lifestyle is considered central to the treatment and prevention of illness but is not often addressed by mainstream medicine.

These different approaches work on different levels and parts of the body, but they share some basic assumptions and a similar orientation. The most important is that the human body, as part of nature, possesses an innate intelligence with the ability to self-regulate. Science observes the results of this innate intelligence and calls it self-organizing systems. Life or living systems are homeodynamics. That is why the body can heal itself, and the goal of this approach is to facilitate that natural process rather than interfere with it. Systems always tend toward balance and harmony, even after they are interfered with or disrupted by illness or breakdown. Medicine is based on a practical understanding of the natural laws that govern life and the human body. These laws or principles are studied by ecology and physics and used by natural medical approaches even if the practitioners do not know it. When viewed from a holistic or integral perspective, all systems exhibit characteristics that are greater than the sum of the parts. They have the ability to self-correct themselves when imbalances and dysfunctions develop, if the body is strong enough. That is why practitioners put emphasis on strengthening the body and avoiding internal and external stress. They consider the body, mind and emotions as aspects of one system in the context of lifestyle—they cannot practically be separated. They look at how the different parts work together as a whole, as an integral system, rather than how they act independently or separately. If illness or health problems develop, the principle question is how to intervene in the system and at what level in order to facilitate a return to balance and optimal functioning—health. According to this perspective, the less the body’s normal functions are interfered with, the less burdened it is, the more balanced it will become. The more we unburden the body-mind the faster it will return to health. Empirical evidence is steadily mounting that shows natural medical approaches are significantly more effective, less expensive and safer than biomedicine. Health is the harmonious, dynamic balance of body, mind and emotions.

Mainstream medicine focuses on disease itself, not the whole body or person. It identifies and defines a particular dis ease based on objective signs (skin rash, blood in stools, high blood pressure, etc.) and pays less attention to subjective symptoms, like fatigue, headaches and stomachaches. Once identified it usually treats the disease by using pharmaceutical drugs or surgery. For example, if you have a headache, you’re advised to take an aspirin or a prescribed medication; for a skin rash, like eczema, a steroid based cream; high blood pressure or high cholesterol, various medications. Although these treatments bring significant relief, it is temporary, and the downside to our health is the side effects they produce. In most cases the medication ends up damaging, via toxification, the immune system and some vital organs, which are essential to healing, disease prevention and maintaining health. Biomedicine can diagnosis a disease very effectively but does not address the underlying cause of most illnesses. Surgery can remove a tumor or open a clogged artery but generally ignores causes. It does not explain the cause in the first place! That is because treatments only act on the objective signs of the disease, independent of the whole body system. The measure of success is based on whether the signs disappear or not. Unfortunately the elimination or suppression of disease signs ignores the root causes for why the symptoms developed in the first place. The different diagnoses by biomedicine can result from the same cause or underlying condition.

Another key distinguishing characteristic of the natural approaches to health is that they do not treat the disease, but the person. This may sound like a contradiction because most believe that medicine always treats disease and illness. Natural medicine thinks about the body-mind, illness and health so differently from biomedicine, and this is a crucial point of difference. Disease is actually the body’s resistance to imbalances, which manifests as signs and symptoms—causing us to not feel well. As pointed out, the goal is to help the body return to balance, which cannot be achieved by fighting the disease alone. We have to change and aid the bodily system and natural functions rather than focus on the signs of the disease process.

The positive side of a modern medicine is that it is extremely effective at diagnosis, lifesaving emergency care, inoculation, surgery and the sophisticated technologies it uses. But it does very poorly with chronic health issues, mental illness, stress and the most common health concerns in Western countries: heart disease, cancer, stroke, diabetes, lung disease and autoimmune diseases like M.S., Parkinson’s and Alzheimer’s. Biomedicine does very well at extending life by suppressing the disease process. However, in many cases “healthcare” has become “sick-care.” Empirical and anecdotal evidence show that these health problems can be successfully prevented by lifestyle changes and treated by using 100 percent natural means. The most powerful tools are diet, exercise and stress management – the central components of lifestyle and preventive medicine. This is where traditional and natural approaches truly excel. Preventive medicine holds the keys to wellbeing and health. These approaches together collectively possess the practical knowledge needed to strengthen the body and increase wellness so we know what to do to create health, not just cure or manage sickness. Natural medicine focuses on the whole person and on getting the body itself back in balance so that its innate self-healing abilities are able to correct the imbalance which manifest as ill health. As the body rebalances itself, the signs and symptoms disappear naturally, not through repression (what drugs do), but because the body overcomes the disorder(s) that produce them.

We now have the possible integral or holistic approach based on a new paradigm that would help people create the conditions for health and wellbeing. Natural medicine becomes truly holistic when it treats the whole person, when the body, mind, emotions and lifestyle are included as part of our health considerations. Increasing wellness is much more effective than treating illness. By changing and strengthening the system, it will naturally overcome disease and we can thrive again.