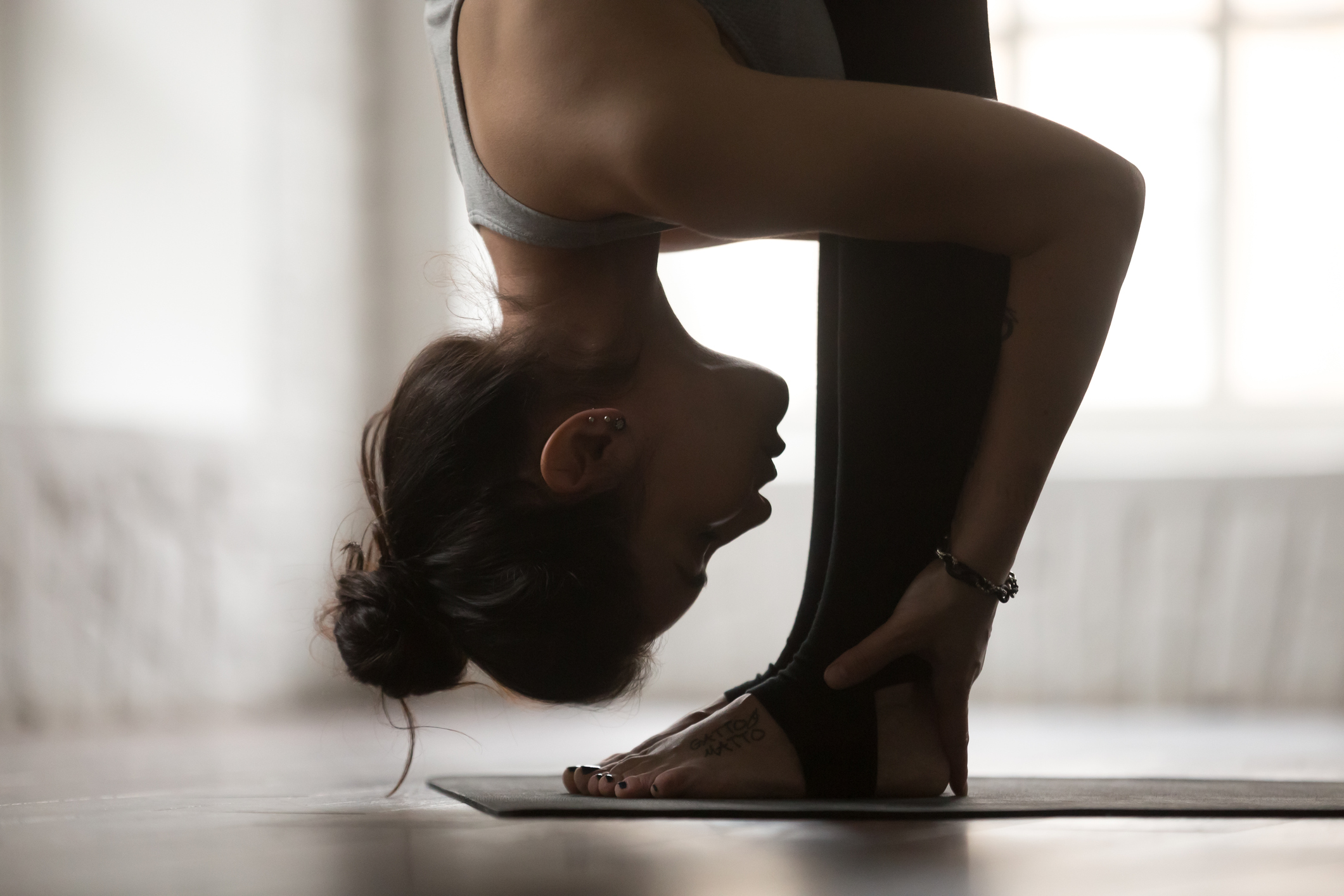 As Yoga’s popularity rapidly expands, it’s more important than ever to separate the facts from myths, so it’s real benefits are not obscured by misinformation. The myriad styles of yoga that have become popular are based on classical and hatha yoga. Although meditation and lifestyle are also part of yoga, mainstream yoga emphasizes physical and breathing practices. It is promoted as a safe effective path to health and fitness and evidence shows it is. Science defines physical fitness in terms of cardiorespiratory performance, metabolic rate (energy expenditure), and muscular performance. These can be measured and there are reliable scientific studies that reveal how yoga measures up and other health claims (see www.ConsciousHealthInstitute.org, Yoga Research Report). I’ll also share some important and little-known benefits.

Hatha Yoga literally means “violent union,” using force to bring together what is separated: the body, mind, and spirit or Self. No matter what style of yoga you practice, there is some degree of force involved, whether gentle or hard, and it can cause injury. Thanks to its popularity we are discovering more benefits as well as injuries not often discussed. The Consumer Product Safety Commission reported 29,590 injuries between 2001-2014. A survey in Finland of 110 practitioners, found 62% had injuries. The plow, shoulder and headstand, and hyper-neck extensions are the most likely to cause injury.

There is more than enough evidence, based on personal reports and scientific studies, to justify making yoga a key part of standard health care. But there are still a lot of misleading beliefs about yoga. Many in the yoga community aren’t aware of the science and basic facts and pass on accepted folklore. Yoga should align what is taught with verifiable facts. The more we know about how yoga works scientifically and the empirical evidence demonstrates its benefits, the more likely yoga will be accepted by the general public and recommended by medical professionals. The benefits of yoga—as a physical and mental therapy, and preventative practice—are far too great to ignore!

The two most commonly promoted benefits of yoga are relaxation and increased physical fitness, which include stamina, strength, and weight management. The scientific evidence supports some claims, but not all.

– Yoga not only promotes relaxation by retarding mental activity and slowing down heart rate, it paradoxically, it also excitesthe body through autonomic stimulation (Activitas Nervosa Superior, Vol. 27, 1985), and it works in a way similar to sexual stimulation!

– Yoga is sometimes promoted as a way to manage weight. To do that, it would have to speed up your metabolism. But yoga slows down the body and metabolism and can cause weight gain, not weight loss.

– It’s common to hear that yogic breathing exercises, like pranayama, increase blood oxygenation and circulation to the brain, but in fact it increases carbon dioxide, which positively alters mood, so you feel better overall.

– Yoga is promoted as a safe exercise, and when done right, it is. But yoga can also cause injuries ranging from mild to dangerous, musculoskeletal injuries to strokes. Many cases of injuries are unreported and sometimes the causes are unrecognized by physicians (International Journal of Yoga Therapy, 18, 2008; 19, 2009).

– There is no official accreditation or credentialing for yoga teachers. To register with a yoga association (RYT) requires training equal to 4-6 weeks. It is not the same as an accreditation by a professional or government agency and very different from what health-care professionals must do for certification.

– Yoga is a cost-effective, low-impact exercise that promotes overall health, and can effectively treat specific health conditions ranging from physical to mental, back pain, hypertension, asthma, carpal tunnel, and depression.

– Yoga enhances right brain (creative) activity and proprioception, which helps increase awareness of what is going on inside the body.

– Yoga can help all aspects of your sex life and even more so for women! Studies show specific yoga postures increase sexual performance and pleasure. In one study, the stress hormone cortisol, dropped an average of 11% and testosterone increased 16% in men, and in women went up an amazing 55% (Human Physiology, vol. 30, no. 4, 2004)!

– One of the greatest, but underreported benefits of Yoga, is its ability to improve mood and outlook, and even more over time (Scientific Evaluation, 1937, K. Behanan). Yoga slows down mental functions, puts you in a better mood, and induces a pleasant experience of quietude. It stimulates the neurotransmitter Gaba, which behaves like an antidepressant.

– Yoga can reset chemical balance in the body and the central nervous system as it relaxes cognitive activity.

The best advice for new and experienced yoga practitioners is, if you have an unknown or preexisting health condition, consult a qualified health practitioner. If you have a structural body imbalance, muscle tension, or physical pain, let your instructor know about it. Do not overdo it. Always check the qualifications and experience of a teacher. Try out different yoga systems and see what fits your body and goals.